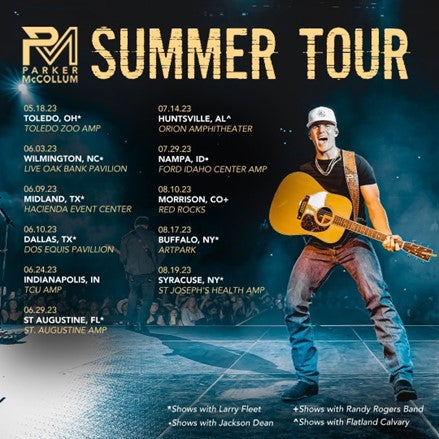 (November 21, 2022 – Nashville, TN) One of Country music’s most dedicated touring artists, Parker McCollum, has announced dates for the second leg of his upcoming 2023 headlining tour. After a year of both career and personal highlights, McCollum is primed for another solid year of touring and meeting the fans that have encouraged and supported him from the start. Co-produced by Live Nation and Emporium Presents, the upcoming Summer leg of McCollum’s 2023 tour will feature support from rising Country artist Larry Fleet, Jackson Dean and the Randy Rogers Band.

"Cannot wait to be out on the road next year! Headlining a tour for most of the year and getting to take Larry Fleet and Jackson Dean along with me is going to be a blast. Such a talented guys who deserve the spotlight."
- Parker McCollum 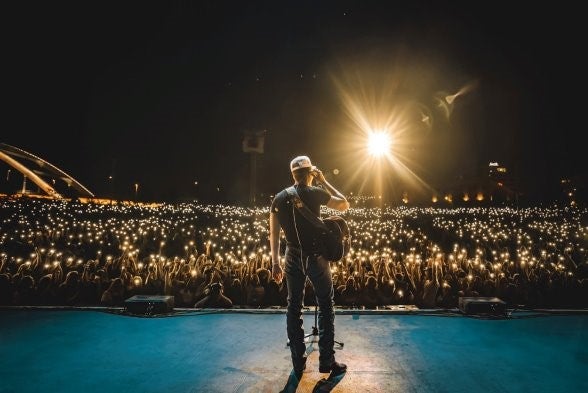 Citi is the official card of the Parker McCollum Summer Tour. Citi cardmembers will have access to presale tickets beginning November 29th at 10:00am Local Time until December 1st at 10:00pm Local Time through the Citi Entertainment program. For complete presale details visit www.citientertainment.com

Coming into 2022, McCollum had already been named an ‘Artist to Watch’ by Rolling Stone, Billboard, Sounds Like Nashville, MusicRow and The Boot. He was featured as the Opry Next Stage ‘Artist of the Month’ and Apple Up Next Artist for 2021. Parker made is late night TV debut on “Jimmy Kimmel Live,” where he performed his RIAA Gold-certified hit “To Be Loved By You.”

2022 has only proven McCollum’s star status by garnering his first two major awards – ACM’s 2022 New Male Artist of the Year, and the CMT Award for ‘Breakthrough Video of the Year’ for his mega hit, “To Be Loved By You” – and recently, his first CMA Award nomination for “Best New Artist.”

Be sure to check out Parker's next single, "Stoned," set for release on Friday, December 2nd.

About Parker McCollum:
Singer/songwriter and multi-instrumentalist Parker McCollum released his major label debut album, Gold Chain Cowboy, with MCA. The album follows his Hollywood Gold EP which was met with widespread critical acclaim and became the top-selling debut Country EP of 2020. McCollum earned his first-ever No. 1 hit with his double-platinum certified debut single, “Pretty Heart,” and his follow-up gold certified single, “To Be Loved By You,” also hit No. 1 on the charts. “To Be Loved By You” was also the only debut single to ship to radio and peak at No.1 in 2020. In November of 2021, McCollum made his first late-night TV appearance performing on Jimmy Kimmel Live.

McCollum has been named an ‘Artist to Watch’ by Rolling Stone, Billboard, SiriusXM, CMT, RIAA, and more with American Songwriter noting, “The Texas native teeters on the edge of next-level superstardom.” MusicRow listed McCollum as their 2021 Breakout Artist of the Year and Apple also included him as one of their all-genre "Up Next Artists" Class of 2021. A dedicated road warrior, McCollum made his debut at the famed Grand Ole Opry in 2021 and he already sells out venues across the country (over 40 sold out shows nationwide in 2021) including record-breaking crowds in Dallas (20,000), The Woodlands (16,500), Austin (7500+), Lubbock (7700+), Jackson, MS (5000+), Kearney, NE (3000+), Nashville’s Ryman Auditorium, and three nights at Fort Worth’s iconic Billy Bob’s Texas. In March of this year McCollum made his debut at RODEOHOUSTON to a sold-out crowd with over 73,000 tickets sold. He also made a dream come true by performing at Austin City Limits for the first time and will be kicking-off their 2023 season. McCollum earned his first ACM award for New Male Artist of the Year in March 2022 in Las Vegas.  McCollum also won his first CMT “Breakthrough Video of the Year” award, a fully fan-voted honor, in April 2022. Parker also received his first-ever CMA Award nomination in the “New Artist of the Year” category. His current single, “Handle On You” is currently impacting Country radio. 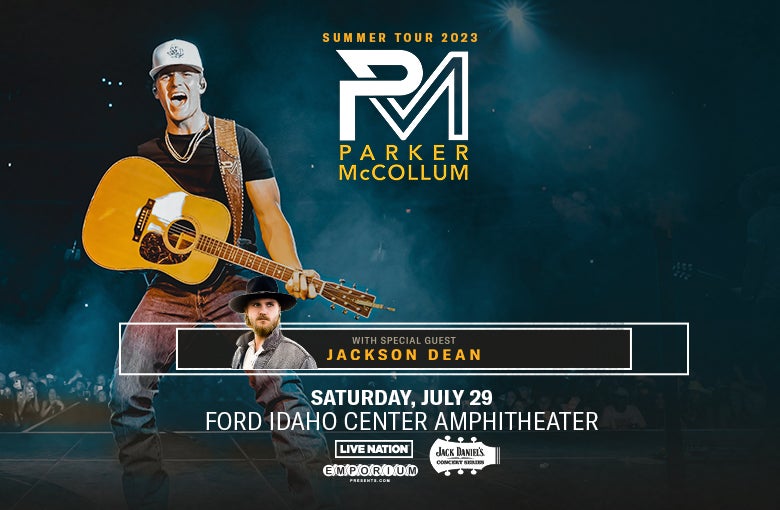