New York, NY (August 31, 2022) — On the heels of his historic MTV VMA performance as the first male country artist to perform on the show, Multi-Platinum, 5X AMA award-winning entertainer Kane Brown today announced his Drunk or Dreaming Tour will arrive in the US next year. Produced by AEG Presents, the US tour will kick off in Grand Rapids, MI on March 16, 2023 and hit 23 US cities along the way before wrapping in Greenwood Village, CO at Fiddler’s Green Amphitheatre on Saturday, June 10. The Drunk or Dreaming Tour will make a stop in Nampa, Idaho on April 23, 2023 at the Ford Idaho Center Arena. During the tour, Brown will perform his first solo headlining arena show at the Bridgestone Arena in Nashville on March 31.

The international leg of the tour will wrap up in Stockholm on January 31 after hitting cities including Sydney, London, and Toronto. The new tour follows the success of Brown’s Blessed & Free Tour in which he visited all 29 NBA basketball arenas, making the “breakthrough entertainer” (AP) the first country artist in history to headline every NBA basketball arena in a single tour and one of only 10 other country acts to sell-out Los Angeles Crypto.com Center (formerly Staples Center)in the venue’s history.

The Pollstar, American Songwriter and Billboard Cover artist Brown’s highly anticipated new album, Different Man, will be released on September 9th. The album features his current hit, “Like I Love Country Music,” his #1 hit, “One Mississippi" and his new single, “Grand.” Pre-order the album here!

Since the arrival of his self-titled, 2X Platinum debut album in December 2016, Kane Brown has ascended from social media notability to become one of country music’s most accomplished mainstays while continuing to expand the perception of country music and break musical boundaries. Named to the Time100 list of the most influential people in the world, Brown has released 2 studio albums, 3 EP’s, has over 12 billion streams, multiple Multi-Platinum, Platinum and Gold RIAA certifications, sold out arenas all across the country, collaborated with some of the industries finest, is the recipient of 5 American Music Awards, and was the first black solo artist to receive an ACM Award for Video of the Year for his emotionally charge hit single “Worldwide Beautiful.”

Both of Brown’s studio albums reached #1 on Billboard’s Top Country Albums Chart while Experiment reached #1 on Billboard’s Top 200 Chart and his self-titled album reached #5. Upon the release of his Kane Brown Deluxe Version in October 2017, Brown made history as the first artist ever to lead all five of Billboard’s main country charts simultaneously.  The album went on to reign at #1 for 13 consecutive weeks while the singles “Heaven” and “What Ifs” are the 3rd and 7th most streamed country songs of all time.  Brown’s sophomore album Experiment debuted No. 1 on the Billboard 200 and solidified Brown as the only male country artist in more than 24 years to achieve this all-genre chart feat. Experiment produced three back-to-back Double Platinum No. 1 hits and was ranked by The New York Times as one of the Top 10 Best Albums of the Year.  He also continues to top the country airplay chart with 7 #1’s while building his profile on the Pop charts with multiple Top 15 hits.

Known for his high energy on the stage, Brown has sold out venues all over the country. His most recent Blessed & Free Tour, marked the first time a country artist has brought their headlining tour to all 29 NBA Arenas.  The tour also saw Brown sell out Los Angeles’ Crypto.com Arena marking Brown the 10th Country artist to accomplish this feat.

Continuing to push beyond the country genre Brown has collaborated with some of the industries favorites from all genres including DJ Marshmello, Khalid and Swae Lee, “blackbear, Nelly, John Legend, Camila Cabello, Brooks & Dunn, Lauren Alaina and Becky G. Brown’s most recent “Famous Friends” with Chris Young became Billboard’s 2021 year-end No. 1 Country Airplay Song and remained in the Top 5 of Billboard’s airplay chart for 15 weeks.

Brown recently partnered with CMT to announce his highly anticipated next album, Different Man, will be out September 9th. The album features his current hit “Like I Love Country Music,” and his new single, “Grand.” 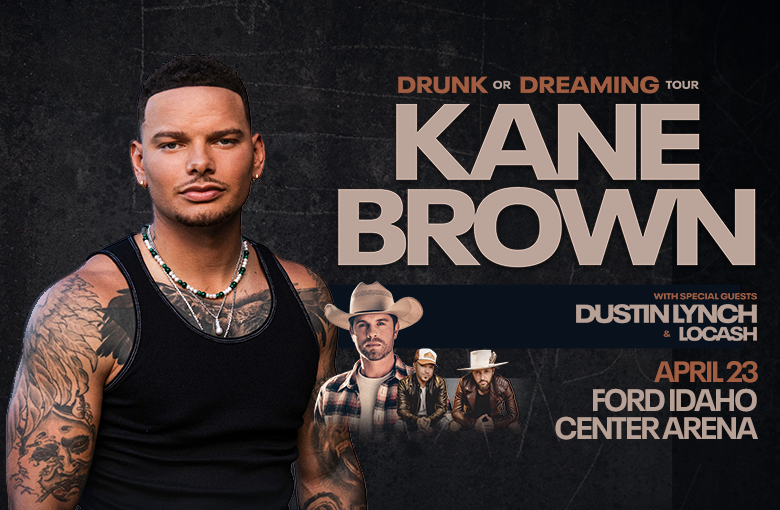