Tickets Go On Sale To The Public On Friday, September 23

Today, Dave Matthews Band announced a fall 2022 North American tour, which will launch on November 2 at Rogers Arena in Vancouver, BC – the first of three Pacific Northwest dates. The headline run, which will include shows at Target Center in Minneapolis (November 13) and Chicago’s United Center (November 15), will conclude the weekend before Thanksgiving with a two-night stand at Madison Square Garden in New York City (November 18 & 19).

An online ticket presale for members of the DMB Warehouse Fan Association is now underway at www.warehouse.davematthewsband.com. Citi is the official card for the U.S. dates on the Dave Matthews Band 2022 Fall Tour. Citi cardmembers will have access to presale tickets beginning Tuesday, September 20,  at 9:00 a.m. local time until Thursday, September 22, at 10:00 p.m. local time through the Citi Entertainment program. For complete presale details visit www.citientertainment.com.

Tickets will go on sale to the general public on Friday, September 23, at 10:00 a.m. local time. For itinerary, see below or visit http://www.davematthewsband.com.

Sunday night, Dave Matthews Band wrapped up its traditional Labor Day weekend celebration at the scenic Gorge Amphitheatre in George, WA. The band’s summer tour will continue this weekend with two shows at Fiddler’s Green Amphitheatre in Greenwood Village, CO (September 9 & 10) and wrap up with a two-night stand at the Hollywood Bowl in Los Angeles (September 19 & 20).

With the 2022 tour, Dave Matthews Band will have funded the planting of an additional one million trees, bringing the total amount of trees funded to 3 million. DMB is proud to partner with The Nature Conservancy's Plant a Billion Trees program, a global forest restoration effort. Fans are invited to join the band, The Dreaming Tree Wines, DocuSign and other tour partners to help regreen our planet. For more information, visit dmbtrees.org.

Dave Matthews Band has sold more than 25 million tickets since its inception and a collective 38 million CDs and DVDs combined. With the release of 2018's Come Tomorrow, Dave Matthews Band became the first group in history to have seven consecutive studio albums debut at No. 1 on the Billboard 200. 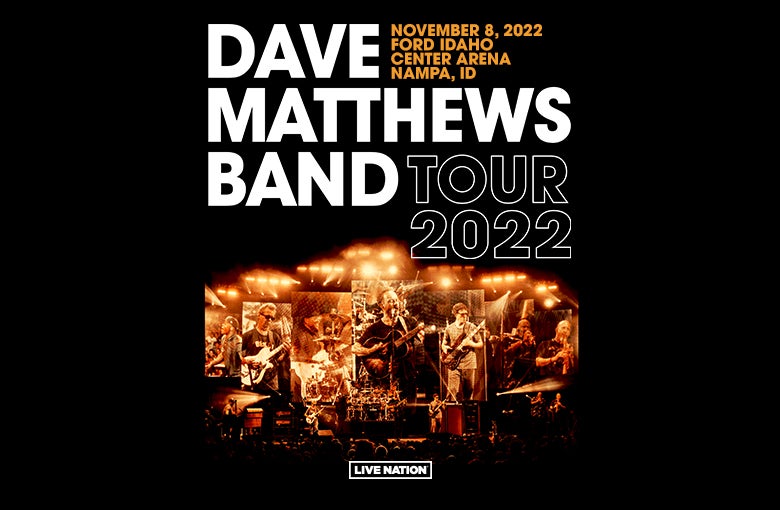