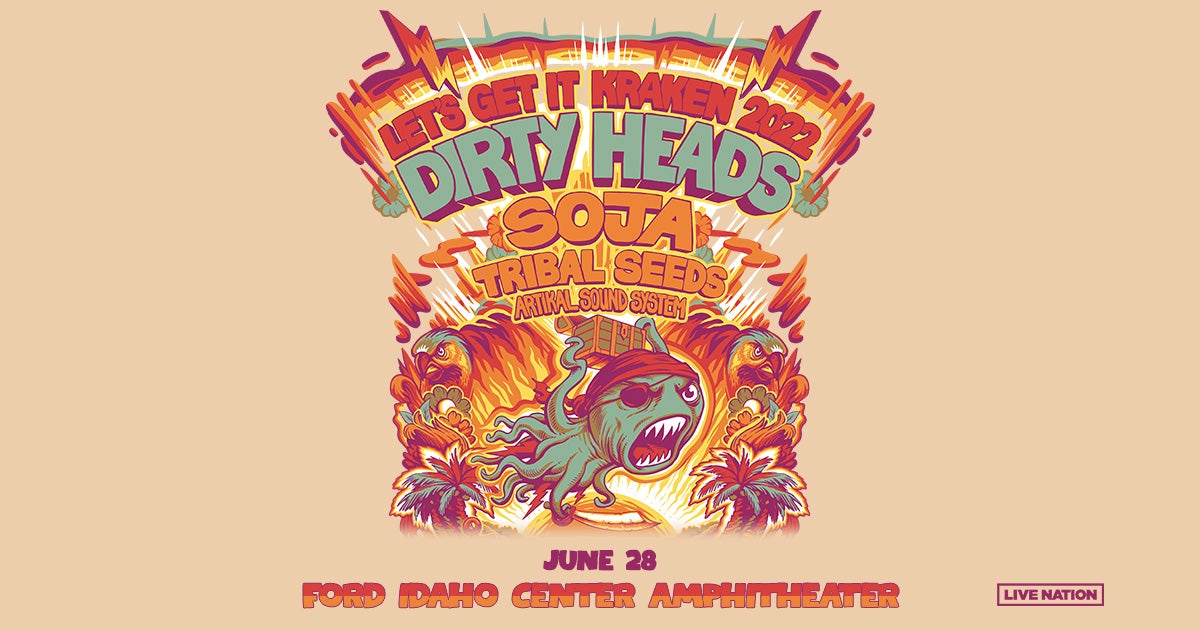 Band Celebrating Milestone of 597M Streams and 2.9M Total Equivalent Sales for “Vacation” and “Lay Me Down”

March 28, 2022 – Dirty Heads will bring their hybrid alternative sound and good vibes to amphitheaters nationwide this summer. Follow the map to find our hidden treasure, GRAMMY-nominated SOJA who will be joining this summer’s tour. Destined to be a great night of Dirty Heads’ signature alt rock / reggae / and hip-hop stylings, the 24-date tour will kick off June 24th and run through August 12th. Tribal Seeds, Artikal Sound System, and Elovaters will also join the tour as support on select dates. Full itinerary below.

Dirty Heads will also be announcing their exclusive VIP packages at onsale. Packages will include early entry to the venue and a customizable exclusive merch bundle. This will be available at the band’s online store. 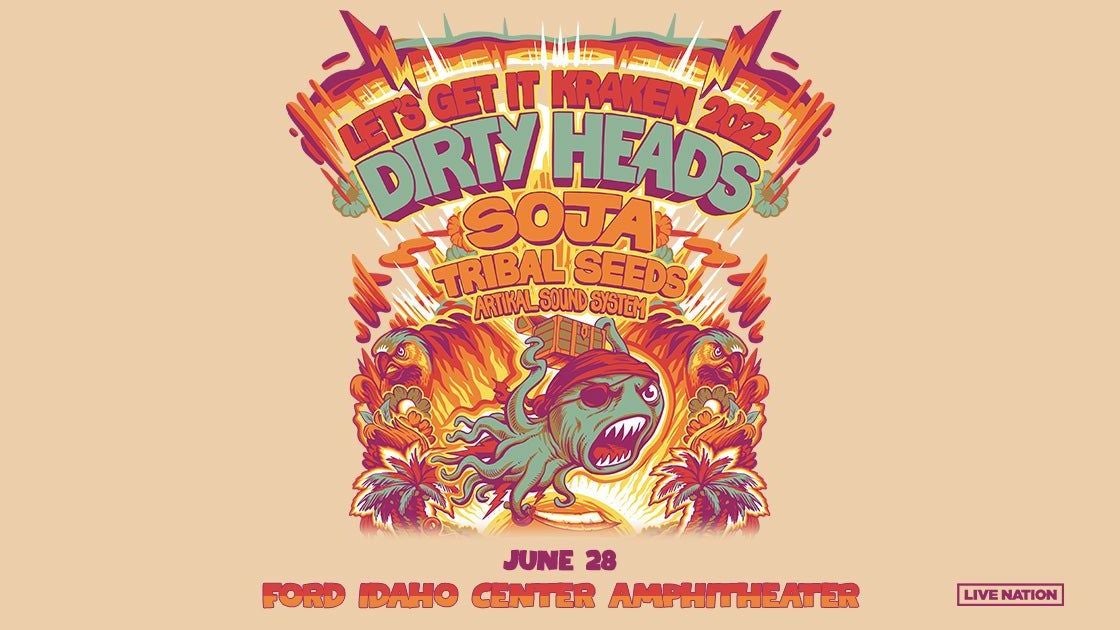 The tour announcement comes just as Dirty Heads are celebrating new streaming and sales milestones for some of their biggest hits. Total global streams include: “Lay Me Down” 231M, “Vacation” 365M, “My Sweet Summer” 110M, “Stand Tall” 146M, “Oxygen” 108M, and “Dance All Night” 100M. The celebrations echo the spirit of the band’s retrospective THE BEST OF DIRTY HEADS collection release last summer via Better Noise Music. The critically acclaimed set included the fan-favorite track “Rage,” featuring Travis Barker. The band is currently putting the finishing details on their next studio album – for which more details will be shared soon.

About Dirty Heads: With over One Billion streams to date, Dirty Heads have successfully fused hip-hop, reggae, and rock all with some South Cali attitude. The group formed in 2003 when punk rocker Dustin Bushnell (aka Duddy B) asked his friend, rapper Jared Watson (aka Dirty J), to collaborate on a project that would focus on positive vibes and infectious grooves. Watson added singing to his vocal skills, and with percussionist Jon Olazabal, an acoustic trio version of Dirty Heads began playing shows and building an audience. The Dirty Heads first struck gold with the album, Any Port in a Storm (2008). The deluxe edition following in 2010 featured the track “Lay Me Down” with special guest Rome Ramirez of Sublime with Rome. The song would top Billboard’s Alternative Songs chart just before the summer of 2010 and has since deemed itself an RIAA gold-certified smash.

Building on their success over the release of three additional albums, Dirty Heads enlisted a bevy of industry hitmakers to work on their self-titled 2016 follow-up, which — thanks to its mainstream appeal — again charted high on the Billboard Top 200. The following year saw the band drop its sixth studio album, Swim Team, featuring the RIAA gold-certified single “Vacation.” Also included on the album was the track “So Glad You Made It,” featuring 311’s Nick Hexum. The single “Listen to Me” arrived in early 2019 and was later included on Dirty Heads’ Dave Cobb-produced seventh album Super Moon.

Over their 16 year career they have built a network of devoted fans through their relentless touring schedule and innovative approach to merch and partnerships, including helping to raise over $98,000 for NRDC and The David Suzuki Foundation in 2018. . 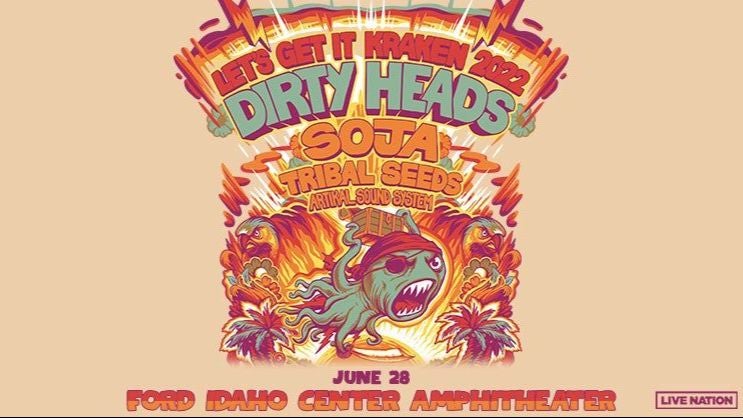